David Hagy is in his 21st season as Orchestra Director at Wake Forest University and 29th season as Music Director of the Salisbury (NC) Symphony.  At Wake Forest he began the Halloween programs playing such characters as Captain Piccard, Darth Vader, Leia(!), Voldemort, Gollum, Hannibal Lechter, the Wicked Witch, and Bugs Bunny in the Orchestra’s popular midnight concert.  With them he has also led many classical masterworks and twelve musical theater productions.  He also began a department concerto competition with the winners featured on an Orchestra concert.  In addition he teaches classes in the History of the American Musical and in the Musical Theater of Stephen Sondheim.

With the Salisbury Symphony he has led performances in many styles including jazz, gospel, blues, musical theater, film music, comedy, and of course traditional classical.  He has even appeared leading the orchestra as a puppet in ski boots and has played as a violin soloist with them as well.  In 2011 his annual free summer outdoor concert entitled “Pops at the Post” won a “Best Event” award from North Carolina Main Street.   This year he was named the Civitans’ Distinguished Citizen of the Year.

He has served as the Music Director of the Omaha Area Youth Orchestras, the Western Massachusetts Youth Symphony, the Greensboro Symphony Youth Orchestra, and the Winston-Salem Youth Symphony and as Assistant Conductor of the Fort Wayne Philharmonic, Omaha Symphony, Norwalk Symphony, Stamford Symphony, and Greensboro Symphony.  In addition he has guest conducted a variety of orchestras including the All-City Orchestras of Indianapolis, Omaha, and Charlotte, the Western Regional Orchestra of North Carolina, the New York All-State String Orchestra, and the Pacific University Music in May Orchestra.  In conjunction with his position at Wake Forest University he has taught three semesters in Venice, Italy and is applying for one final semester in 2018.  He also played violin for six years with the Fort Wayne Philharmonic and four years with the Omaha Symphony.  In high school he was invited to conduct his own composition with the Indianapolis Symphony.  This spring he will guest conduct the West Virginia All-Sate Orchestra.

A conducting student of Thomas Briccetti and Otto-Werner Mueller, he holds a B.M. in Violin Performance from Indiana University and a D.M.A. in Orchestral Conducting from Yale University. 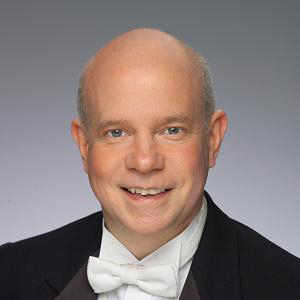