Long fascinated with music of his own time, Dr. Goldstein was co-founder and co-director of the California New Music Ensemble and an associate member of the Los Angeles Group for Contemporary Music and Newband, in New York City.  In ensembles and as a soloist, he has championed cutting edge work of current composers.  His faculty recitals at Wake Forest present an absorbing blend of past masters such as Haydn, Beethoven, and Debussy, 20th-century giants such as Copland and Stockhausen, and the latest innovations of today.  His CD recordings of John Cage’s Sonatas and Interludes, Dream, and One5, and Morton Feldman’s Triadic Memories have garnered accolades from print and internet sources as well as fellow musicians (“One of the most beautiful piano recordings ever made,” Fanfare; “The year’s best piano release,” La Folia).  His most recent recording, of Morton Feldman’s For Bunita Marcus (Nuscope Recordings), ranked in the top 10 modern composition recordings of 2010 by The Wire Magazine.

Another special interest of Dr. Goldstein’s is American music.  For 15 years he was on the faculty of the American Foundations program at the Reynolda House Museum of American Art, named the best summer course in North America by the Association of Deans and Directors of University Colleges and Undergraduate Studies.  He is also an active member of the Society for American Music.  In 2012 Goldstein conceived and curated a 7-week celebration at Wake Forest, honoring the composer John Cage during his centennial year.

Over the years, Dr. Goldstein has been active as a recitalist, accompanist, and ensemble member, and has appeared as a soloist in such venues as New England Conservatory, Yale, Carnegie Recital Hall, the Hollywood Bowl, the Universities of Illinois, Maryland, North Carolina, Louisville, and Florida State, as well as in Canada, The Netherlands, Czechoslovakia, and Israel.  At Wake Forest he teaches Piano, Piano Literature, First Year Seminars, and Introduction to Western Music. 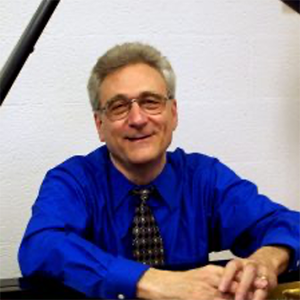