Teresa Radomski is Professor of Voice at Wake Forest University, where she has taught in the Department of Music since 1977. Her extensive teaching, performing and research experience has contributed to the successful training of numerous undergraduates, many of whom have active professional careers in opera, musical theatre, popular music, voice teaching, and choral conducting. She holds degrees from the Eastman School of Music and the University of Colorado, and a Fellowship in Otolaryngology from the Wake Forest University Center for Voice Disorders. Her publications include articles on vocal pedagogy and the first critical editions of two nineteenth century salon operas by Manuel del Pópulo Vicente García (1775-1832): L’isola disabitata, which received its modern premiere at Wake Forest University in 2005, followed by its first European staging in Spain in 2010, and Un avvertimento ai gelosi, performed in Spain in 2016. Both operas are published by A-R Editions (© 2006, 2015).

A versatile performer, Teresa Radomski’s repertoire extends from renaissance and baroque music to contemporary works, many of which have been composed especially for her. She can be heard on three world premiere recordings: Le cinesi (1830-31), a salon opera by Manuel García (harmonicorde.com); Recuerdo triste, songs by Trinidad Huerta, with guitarist Stuart Green and pianist James Radomski (harmonicorde.com); and Dan Locklair’s In the Almost Evening, with clarinetist Esther Lamneck and pianist Gary Steigerwalt (Opus One, LP 116). Other recordings include Songs from the Early 20th Century, music by Granados, Ives and Rachmaninoff, with pianist Louis Goldstein; and over twenty-seven live recordings of concerts with the period instrument ensemble, Carolina Baroque. The modern premiere recording of Manuel García’s L’isola disabitata, under her musical direction, can be downloaded at harmonicorde.com.

Teresa Radomski has given presentations on historic vocal pedagogy and performance at conferences for the National Association of Teachers of Singing, the North Carolina Music Teachers Association, and the International Congress of Voice Teachers (Vancouver, Paris), and has lectured on Manuel García’s salon operas in Seville and Bologna.

Information on Voice Instruction at Wake Forest University can be found here. 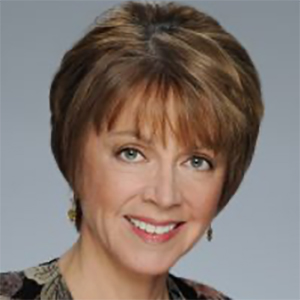