Composition, Music Theory, Orchestration, Music in the Church, and Organ

The music of Dan Locklair is widely performed throughout the United States and around the world. His prolific output includes symphonic works, a ballet, an opera and numerous solo, chamber, vocal and choral compositions. Locklair’s music has been performed by such ensembles as the Helsinki Philharmonic, Buffalo Philharmonic, Saint Louis Symphony, The Louisville Orchestra, North Carolina Symphony, Kansas City Symphony, Winston-Salem Symphony and Omaha Symphony, and by the Gregg Smith Singers, BBC Singers, St. Thomas Choir of Men and Boys (New York City), Cathedral Choral Society of Washington National Cathedral, Pittsburgh New Music Ensemble, Elmer Iseler Singers of Toronto and The Oxford Players of England. His music has also been performed by harpsichordists Igor Kipnis and Jukka Tiensuu, and organists Marilyn Keiser, Thomas Murray, John Scott, Thomas Trotter and others. Locklair’s Since Dawn, a tone poem for narrator, chorus and orchestra, is based on Maya Angelou’s On the Pulse of Morning, a poem commissioned for the 1993 Inauguration of Bill Clinton. A movement from his Rubrics, one of the most frequently programmed pieces of late 20th century American organ music, was performed at Ronald Reagan’s funeral.

A recipient of numerous awards, Locklair has been honored with consecutive ASCAP Awards since 1981, a Kennedy Center Friedheim Award, an Aliénor Award, the Omaha Symphony Society New Music Award, two North Carolina Composer Fellowship Awards and the top Barlow International Competition Award. In the American Guild of Organists’ centennial year (1996), Locklair was named their Composer of the Year.

Further information about Dan Locklair may be found at www.locklair.com. 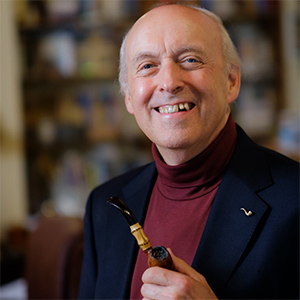