Joanne Inkman received her early music training in piano, viola and theory in Vancouver, British Columbia, Canada. She frequently performed in festivals and recitals in Vancouver, receiving an Associate Performer’s Certificate from the Royal Conservatory of Toronto. After studying at the University of North Carolina School of the Arts, she earned a Bachelor of Music and the Master of Music and Doctor of Musical Arts from the University of North Carolina at Greensboro. At Greensboro, Ms. Inkman was the Adelaide Fortune Holderness Fellow, Teaching Assistant and performed Beethoven’s 4th piano concerto with the UNC-Greensboro Symphony Orchestra.

Ms. Inkman has participated in the Tibor Varga Festival in Sion Switzerland and the Johanneson International Music School in Victoria, British Columbia. She received an Archie Fund award in 2013, to participate in the GP3 Conference at Cincinnati Conservatory of Music and through another Archie Fund award in 2014, participated in the National Conference on Keyboard and Pedagogy in Chicago, Illinois. Other awards include three British Columbia Cultural Fund Awards and, as a collaborative pianist, she won the Friends of Chamber Music Competition in Vancouver. Her teachers include Eleanor Harkness, Bela Nagy, Rebecca Penneys, Robin Wood, Joseph DiPiazza and Clifton Matthews.

She has extensive and diverse performance experience in solo, chamber music, musical theater, vocal lieder, opera, choral, orchestral piano music, dance and church music.  As opera accompanist she played for the A. J. Fletcher Opera Institute and was organist/pianist for the Oak Summit United Methodist Church for ten years. For many years, she served as pianist for the Elementary Honors Chorus and Junior High Honors Chorus at the annual MENC Convention.  As the pianist for the WFU Concert Choir, she has performed throughout the United States and in Austria, Italy and Ireland.   Her New York debut recital was at Weill Hall at Carnegie Hall in New York, New York in 1991. 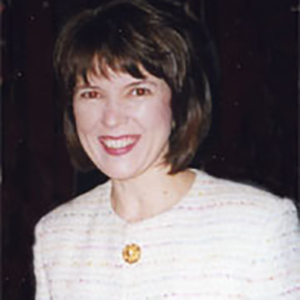