Assistant Professor of the Practice

A native of upstate New York, Mr. Sadak earned his MM in Clarinet Performance from the Manhattan School of Music. After graduation he served as Principal Clarinet for the Miami City Ballet. Two years later he was appointed to the Clarinet/Bass Clarinet chair of the Florida Philharmonic Orchestra and Florida Grand Opera. He has collaborated with musicians ranging from Itzhak Perlman, John Williams and Cecilia Bartoli to Collective Soul. Mr. Sadak has been active as a session musician both in New York and Miami recording for various commercial artists. He has recorded for the Naxos label and had the privilege of recording for the Smithsonian Institute.

Prior to his appointment at Wake Forest University, Mr. Sadak served on the music faculties at UNC Charlotte, Florida International University and the New World School of the Arts in Miami as well as Concordia College and the New York Music Institute in New York. He is sought after as a clinician and chamber music coach and maintains an active private studio of accomplished young clarinetists. 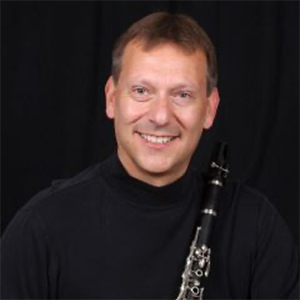