Professor of the Practice

Ms. Levy enjoys an active career as an orchestral musician, chamber musician and teacher. She has held orchestral positions with the New Orleans Philharmonic and the Rochester Philharmonic. In addition, she has performed with the New Hampshire Music Festival, the Peter Britt Festival in Oregon, the Cabrillo Festival and the Mozart Festival, both in California, the North Carolina Symphony, the Charlotte Symphony, the Greensboro Symphony, the Salisbury Symphony and has toured Europe three times with the American Sinfonietta. A founding member of OP5 Woodwind Quintet and Director of the Silver Wind Flute Choir of Winston-Salem, she is frequently heard performing chamber music with the WFU faculty and the Carolina Chamber Players. She has held teaching positions at the University of North Carolina at Greensboro, Salem College and Davidson College.

Ms. Levy serves as Professor of the Practice in Flute at WFU where she has developed the flute choir and wind chamber music programs in addition to her studio teaching.    For 29 years, Ms. Levy has organized an annual Flute Fest concert at WFU featuring outstanding WFU flute students, the WFU Flute Choir, a professional flute choir (The Silver Winds), and a community flute choir consisting of area flutists of all ages.

Currently, Ms. Levy also holds the positions of Principal Flute of the Winston-Salem Symphony and Piccoloist of the Chautauqua Symphony, which has an eight week summer season in Chautauqua , NY. 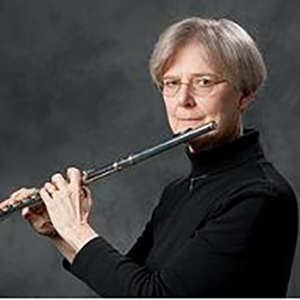