Born in Los Angeles, Peter Kairoff received Master’s and Doctoral degrees in music performance from the University of Southern California. He also studied in Italy for two years as a Fulbright Scholar and Rotary International Fellow. He joined the faculty of Wake Forest University in 1988, and is currently Professor and Chair. He has performed as pianist and harpsichordist in Berlin, Rio de Janeiro, Venice, New York, Los Angeles, Shanghai and many other musical centers. Critics have noted his “Meticulous accuracy and profound musicality. One of America’s finest keyboard performers.” (Oxford MAIL, England). His eight published CD recordings, on the Albany and Centaur labels, including works of Bach, Schubert and late-19th Century American composers, have all received enthusiastic reviews from the Washington Post, American Record Guide, and many others.. He is a Steinway Artist.

In addition to teaching and performing, he also is the Director of Wake Forest’s campus in Venice, Italy, “Casa Artom“, where he spends several weeks each year. 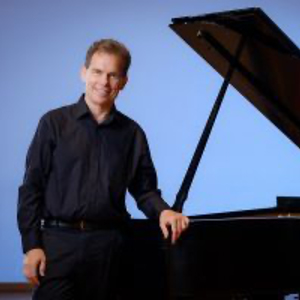