A conductor praised for his “precision and clarity,” and performances hailed as “enlightened,” Christopher Gilliam is the Director of Choral Activities at Wake Forest University, the artistic director for the pro chorus Vox Humana, director of the Winston-Salem Symphony Chorus, and Director of Music at Trinity Presbyterian Church in Charlotte.

Gilliam accepted the post of Assistant Professor and Director of Choral Activities at Wake Forest University in Winston-Salem, North Carolina in the fall of 2020. There he conducts the Chamber Choir, the premier touring choir, and the larger symphonic Concert Choir. From 2012 to 2020 he was Director of Choral Activities at Davidson College in Davidson, NC, where he directed a graded choral program, served as Artistic Director for both the Choral Arts Society of Davidson and the annual Holiday Gala, and taught private voice. Gilliam also taught at Northwestern State University in Natchitoches, Louisiana, where he served as Associate Professor of Choral Activities and Associate Professor of Voice. Additionally, Gilliam is the artistic director and conductor for Vox Humana, a professional choral ensemble based in Winston-Salem, the Director of Music at Trinity Presbyterian Church of Charlotte, NC, and as director of the Winston-Salem Symphony Chorus, he has regularly taken the podium to conduct choral masterworks for the Symphony.

Gilliam has traveled extensively nationally and internationally, serving as guest conductor, clinician, and/or singer in several states and abroad—Australia, Czech Republic, England, France, Germany, Hungary, Ireland, Italy, Poland, Romania, Russia, Spain, and Switzerland. A member of the American Choral Directors Association (ACDA) and National Association of Teachers of Singing (NATS), he has directed choirs and taught award-winning voice students who participated in state and regional conferences for both associations.

Gilliam was a founding member of and soloist for the Simon Carrington Chamber Singers, a professional choral ensemble formerly based in Kansas City, Missouri, and he appears as a soloist on the ensemble’s CD, Juxtapositions. Of his solo performances, critics have written, “magnificent,” “a well-modulated voice with a pleasant timbre,” “…commanding baritone,” and “…marvelous, with strikingly rich tone and impeccable diction.” Gilliam has been a soloist for the Winston-Salem and Memphis Symphonies, and he is currently on the rosters of the Oregon Bach Festival and Charlotte Bach Akademie.

As a choral composer, Gilliam has published music with Alliance Music, Beckenhorst Press, and Lorenz, and is a current ASCAP member. 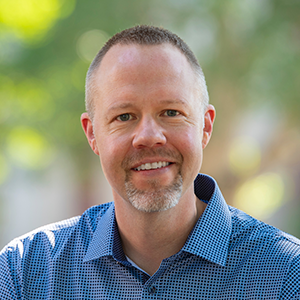